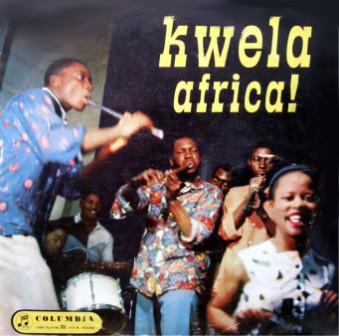 this rare 10″ contains 10 songs by leading penny whistle groups from the 50’s. The bands featured on this record are the genuine article. Here are the musicians who are leading the now worldwide movement towards Kwela as an accepted style in popular music. My other post on Elias and his Zig-Zag Flutes and the African Swingsters has more info and soundfiles 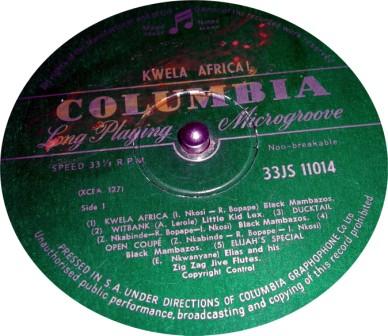 Kwela has burst like a bomb on the scene of international popular music. How did it all start?

Wolf Mankowitz, famous British author, came to Johannesburg looking for material for a film script, and found what he wanted, and more. He needed a theme tune, music to set the scene for his thriller on diamond smuggling, and he chose Rubert Bopape’s “Tom Hark”, recorded on Columbia by Elias and his Zig Zag Flutes.

The television screening of the movie  ‘The Killing Stones’ soon created tremendous public enthousiasm for the new sounding rhythm which accompanied it. “Tom Hark” promptly rose to No. 2 in the British Hit Parade against all comers and to No. 1 in the Jukebox Top Ten-all within the space of a few weeks. America itself was not immune; Little Kid Lex released records issued in the States.

excerpts from the original liner notes of “Kwela Africa!” July 1958