after 4 days of serious diggin’ in Tokyo we boarded the train for another safari to Osaka.  My friend collector MP Flapp had been there before so again his guidance was invaluable.

The first thing that you need to remember when travelling in Japan by train is to buy a JR Rail Pass for unlimited travel by train, the pass is also valid for traveling on the JR line within the Tokyo subway. It’s easy and efficient and it saves a lot of money since travel by train in Japan can be quite expensive.

The city of Osaka was very pleasant after the hustle and bustle of Tokyo, it is a lot smaller compared to the metropolis and one can actually walk the city center. Which reminded me a lot of the old port of Amsterdam since it has canals, bridges and a funky red light district. 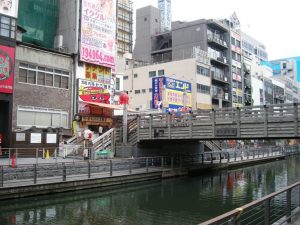 Namba is a good place to start hunting for records as there is a free map available detailing most stores in the district. Shinsaibashi is another era where some of the city’s more specialised shops like Timebomb and King Kong can be found. I avoided going into Timebomb since the shop is a real money-drain and  most of my wishlist can be found  in that shop but hey, sometimes one has to minimize.

My favorite shops were the ones that sold African music like Vox and Bamboo and Forever Records, a store specialized in Krautrock (!) with a great selection of world and African music.

some of the African finds so far

I will be reporting and listing the found records extensively here on Soul Safari the coming weeks with lots of pics and music to share.

The second volume of diggin’ in Japan  here today is about Osaka. Coming up is a special report on the Tokyo jazz scene with interviews with local collectors and friends. So do check out coming posts! 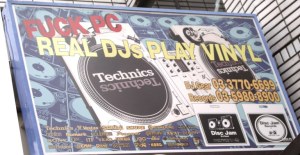