a rare one from The Drive -Iphi Intombiyam 1976 -SA Jazz

a wonderful David Thekwane production in today’s post, written by Henry Sithole and performed by The Drive.  A studio recording released as a 45 rpm in 1976, just a year before both Luthuli and Henry Sithole died in a car accident on May 5th, 1977.

Rare title,  not found on any of the albums known so far…

The recording was probably done with the same personnel as on the album Drive Live  from 1975. 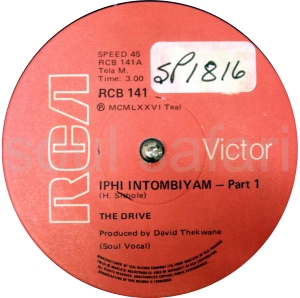 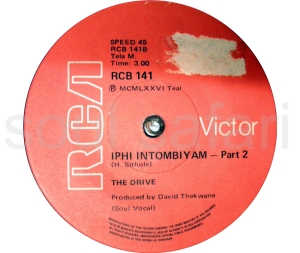