By the dawn of the 1960′s the impact of Zulu music and their culture had reached a worldwide audience through movies and popular records that incorporated some of the essential African elements without giving credits to the originals. Think of ‘Wimoweh/The Lion Sleeps Tonight’ and the picture becomes clear.

The banner ‘Zulu’ was merely added for commercial purposes and served the entertainment industry like a watered down, bleached version of a Zulu original.

In the 1980’s, along with the renewed interest of mixing African elements into punk music by groups like the American Talking Heads or the English Monochrome Set, burundi beat became popular when Adam & The Ants, Bow Wow Wow and Malcolm McLaren’s ‘Duck Rock’ ruled the hit parades. World music, especially from Africa, was hip at the time and could be  heard in clubs, on the radio and in temples of alternative rock, like Paradiso in Amsterdam or The Mud Club in New York.

European and American alternative indie rock  filtered through on cassette or was released locally in South Africa. A homegrown scene popped up like mushrooms but few broke into the overseas market.

Now here is a collection of records, with a Zulu-theme, two of them produced and recorded in  South Africa in 1983. The album ‘Concertina Doedies’ by Corrie Nortje is probably from the end of the 70’s. It features a few traditional kwela songs played on ‘boere’ guitar and the concertina, an instrument that came originally from England but was popularized  since early 1900 throughout the whole nation. Popular music that is galaxies away from the real thing,  but these recordings capture the spirit of the African continent to mutate into a new hybrid. 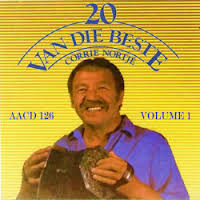 the Bleached Zulu Pt 3 -The Shangaans -frontiers of Afrocentric Rock