a few kwela tunes on  ‘Township Jive & Kwela Jazz Volume 2’ start with some jive talking in an unknown language. At first I thought it sounded quite like Afrikaans,  with a pinch of  Zulu or Xhosa in da mix maybe? After all, South Africa claims 11 official languages and in a city like Cape Town that’s home to an eclectic mix of cultures it is easy to hear this sort of street jive.  In the 1950’s,  the neighbourhood District Six near Cape Town was the birthplace of an extremely lively and eclectic brew of a patois spoken mainly amongst the Cape Coloreds and certain groups of blacks, hottentots, Cape Malay and the Khoi San.

The Apartheid regime brought an extremely uncertain time for black and colored people so a slang as a sort of protection shield was born. At the time black music  did not get much national radio coverage at all, although some black radio stations broadcasted for local communities. The music was  either played live in the streets -the birthplace of kwela- or experienced in theatres and public halls. Left wings white South Africans, politically open minded people also found their way to these local get-togethers to hear some of the finest black and colored musicians on the scene.

The spoken intro’s of some of the kwela songs are characteristic conversations between the musicians, often in a humoristic slang, always extremely funny. Here are 3 examples culled from ‘Township Jive & Kwela Jazz Volume 2’ and translated into English as accurate as possible.

Track nr. 7 ‘Ek Se Cherry ‘by Lemmy Special and The Mofolo Kids;  a conversation between a man and a woman who argue about the man’s infidelity to his wife. The woman tells the man that people in the township are talking about his behaviour,that he is seeing a ‘cherry’ ( a loose woman). The man denies but the woman teases him and tells the man firmly –Ek sê Cherry – ‘I say that you are seeing a loose woman’.

Ek sê, Eksê (Eh-k-s-eh): Afrikaans for, ‘I say’. Used either at the beginning or end of a statement. “Ek sê my bru, let’s braai tomorrow.” “This party is duidelik, ek sê!”

Track nr. 5 ‘Skanda Mayeza’ by The Benoni Flute Quintet translates as such; “Yes folks, the man heard from you so nice as Two Kop Pak. All must raise the roof. Where is it going with you and old Two Kop Pak. Carly from the Kasbahs. There were the day never was a grass. The life was nice like the cabin in the sky. Go Totsi.”

Track nr 8 ‘Broadway’ by Alexander Sweet Flutes translates as such; ” Hey men, have you heard of the Bell -telephone call-? How Edward, how Space and how Azaren can really really mean what the Tow Can dobbo”.

Thanks to Susie Mullins and Kevin for the research and the translation. 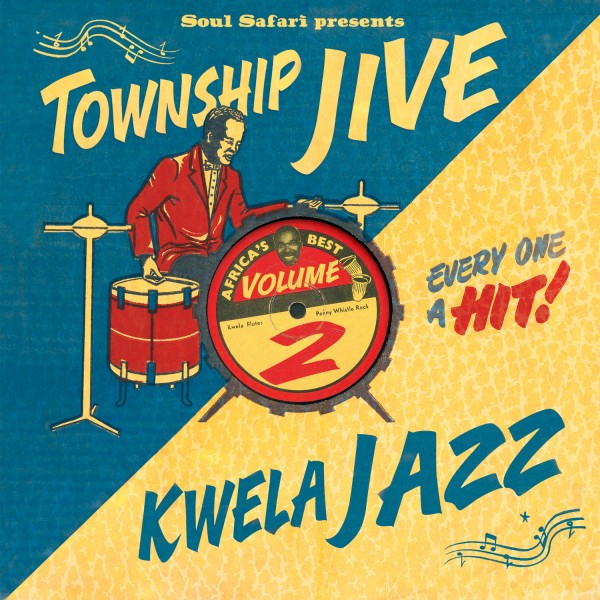 Awê, get the low-down on the Mother City’s colourful colloquialisms and sayings, ek sê…

Ag (ah-ch): An expression of irritation or resignation. “Ag no man!” “Ag, these things happen”

Babbelas (bah-bah-luss): Derived from the isiZulu word, ‘i-babalazi’, meaning drunk; adopted into the Afrikaans language as a term for ‘hangover’. “I have a serious babbelas!”

Befok (buh-fawk): 1. Really good, amazing, cool. “The Symphonic Rocks concert is going to be befok!” 2. Crazy, mad, insane. “You tried to put your cat in the braai? Are you befok?”

Bergie (bear-ghee): Derived from berg, Afrikaans for ‘mountain’. Originally used to refer to vagrants living in the forests of Table Mountain, the word is now a mainstream term used to describe vagrants in Cape Town.

Bra (brah), bru (brew): Derived from broer, Afrikaans for ‘brother’; a term of affection for male friends; equivalent to dude. “Howzit my bru!” “Jislaaik bra, it’s been ages since I last saw you!”

Braai (br-eye): Barbeque (noun and verb). “Let’s throw a tjop on the braai.” “We’re going to braai at a friend’s house.”

Guardjie, gaatjie (gah-chee): The guard who calls for passengers and takes in the money on a minibus taxi.

Is it?: Used as acknowledgement of a statement, but not to ask a question – as one might assume. Most closely related to the English word ‘really’. A: “This guy mugged me and said I must take off my takkies!” B: “Is it?”

Ja-nee (yah-near): Afrikaans for yes-no. Meaning ‘Sure!’ or ‘That’s a fact!’ Usually used in agreement with a statement. A: “These petrol price hikes are going to be the death of me.” B: “Ja-nee, I think I need to invest in a bicycle.”

Jol (jaw-l): (noun and verb) 1. A party or dance club. “We’re going to the jol.” “That party was an absolute jol!” 2. Used to describe the act of cheating. “I heard he was jolling with another girl.”

Shame: A term of endearment and sympathy (not condescending). “Ag shame, sorry to hear about your cat.” “Oh shame! Look how cute your baby is!”

Shisa Nyama (shee-seen-yah-mah): isiZulu origin – while shisa means ‘burn’ or to be hot and nyama means ‘meat’, used together the term means ‘braai’ or ‘barbeque’. “Come on, let’s go to Mzoli’s for a lekker shisa nyama!”

Sisi (see-see): Derived from both isiXhosa and isiZulu words for sister, usisi and osisi (plural). “Hayibo sisi, you must stop smoking so many entjies!”

Takkies (tack-kees): Trainers, sneakers, running shoes. “I want to start running, again but I need a new pair of takkies.”

Vrot (frawt): Rotten; most often used to describe food that’s gone off or a state of being sick. “Those tomatoes are vrot.” “Champagne makes me feel vrot!”

Voetsek (foot-sek): Afrikaans for ‘get lost’, much like the British expression, ‘bog off’. “Hey voetsek man!”

So, whether you’re asking for directions, engaging with the locals or just eavesdropping in a taxi, let’s hope this guide will give you some insight into what’s being said. And keep in mind, if anyone says “Joe Mah Sah…” just know, it’s not a compliment.