Made in Belgium always stand for quality; chocolates, tapestry, Belgian cuisine…just to name a few of the most famous Belgian exports. I would like to add music as another element of high quality to this list!

Souvenirs from the Congo is a beautiful double album by Le Grand Kallé and certainly a product of quality. Made with love.

I had the change to interview BART, the founder of Planet Ilunga who is responsible for releasing this excellent compilation. Pressed as a gatefold deluxe limited edition of 500 copies only. So don’t sleep….

Please note that there are 2 pages to this post, see the pagination at the bottom of this page…

Please tell us more about yourself; your age, your interest in music, your label Planet Ilunga?

I’m a 28 year old who likes to collect different kinds of music on vinyl. One year ago I lost my job due to the economic crisis. This was a huge setback, but it gave me the opportunity and the time to fulfill the project that kept me dreaming the whole time: creating a music label and kick it off with an anthology on Joseph Kabasele (Le Grand Kallé).

I discovered him five years ago through a cd-compilation called Rumba on the River, compiled by Florent Mazzoleni. I was already collecting records for several years, but mainly electronic music from Chicago, Detroit and Belgium, some old jazz and blues and the occasional exotic compilation on labels like Soundway. After buying this cd I immediately became enchanted by this rumba-music from the likes of Franco, Joseph Kabasele, Docteur Nico, Tabu Ley Rochereau, Bantous de la Capitale, ergo the very best in the 50s and 60s in the two Congos.

From then on, my passion for Congolese and African music began to take form and I started to search frenetically for those rumba-sounds on legendary Congolese labels like Ngoma, Vita or Kabasele’s own label Surboum African Jazz. I soon became very frustrated because most of these records are not easy to find. What was a little bit easier was finding the releases on Sonodisc’s African label. Frustration took over again though when I saw how very disorderly their catalog was compiled adding very little or no documentation to any of the music. I found this a disgrace for music history. That’s why I decided to compile my own Joseph Kabasele-compilation. It was released on June 30, Congolese independence day. 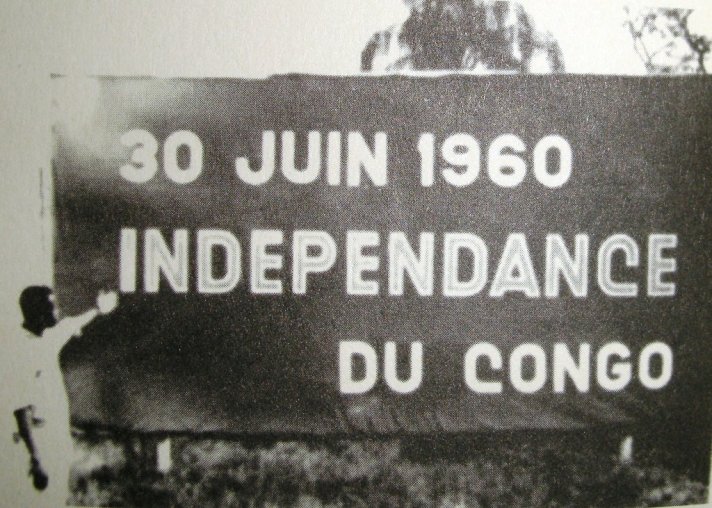 What are your plans with Planet Ilunga?

The main intention with this first anthology is to give some background on Kallé and l’African Jazz – since Sonodisc failed to do so on their releases – and release it in a valuable package with a good remastering and nice label artwork. I’m aware there are already a lot of reissue labels for African music among whom some great ones, but a lot of them are reissuing African music, because it has a certain appeal to western dj’s or because it sounds funky or because it’s afrobeat. That’s not what this label stands for. I would like to reissue the artists who were at the forefront when modern music started in different African countries. If all goes well, I will release a series of Congolese artists first on Planet Ilunga and then move to artists from Guinea, Tanzania, Cameroon, etc. There’s still a lot to discover and so much important music is not available on vinyl or cd.

Tell us more about the compilation; quality wise; pressing, mastering, where is it for sale etc?

For this compilation I could choose from the Grand Kallé’s tracks which were released on different albums, singles and compilations on Sonodisc’s labels. I selected 26 tracks and divided them in four stories: ‘The Belle Epoque’ (mostly tracks from the fifties); ‘Vive The Independence’ (politics-related songs like Table Ronde and Africa Mokili Mobimba), ‘Pièce de Résistance’ (for the most part post-colonial songs from the early sixties when the band got more mature) and finally ‘The Cuban Connection’ (where the influence that the Cuban Son, Cha-Cha and other Latin-American styles had on Kabasele and his peers can be heard even more than in the other ‘stories’). I remastered all the tracks and pressed them on two 180 gram vinyls and packaged them into a gatefold format. Each copy (500 in total) is numbered and accompanied by a 24-pages booklet. I included a short biography, lyrics in Lingala, pictures and a list of the musicians. In short, it gives some background on Congo’s most beautiful export product.

There is no cd or digital version, maybe I will do this for a next compilation. I don’t have a distributor yet, but people can buy this first compilation from different record stores across Europe, like Rush Hour in Holland or Oye Record Store or HHV in Germany. In Belgium you can dig for it in all the good record stores. You can also buy directly from the label by sending me an email.

Do you know the stamp that Polydor pressed on their African music 45 sleeves? It says ‘The music that makes you happy’. For me this is the most spot-on baseline I ever encountered and it reflects why I plundered my bank account to finance this release. These Congolese recordings are giving me lots of ‘joie de vivre’ and I just want to share this on my favorite medium -vinyl.

Furthermore, there is the political and social side in this music which I find interesting. In the two Congos music and politics have often gone hand in hand. Even the most fanatic propaganda song can be music-wise utterly brilliant. For example listen to this Franco song where he ‘s praising Mobotu and his MPR.

Despite of the sheer beauty it brings, I think the fifties and sixties music from both of the Congos is mostly neglected by the small or bigger reissue labels lately. This is very strange, considering the major influence the Congolese rumba has had on other regions in Central, Eastern and even West Africa. The labels Crammed Disc and Sterns Music are the exceptions though. One month ago Sterns put out their Grand Kalle anthology with different tracks than on the Planet Ilunga 2LP. They only released it as a 2CD. I couldn’t recommend this enough, there are some wonderful tracks on it.

Are you working as a musician, collector or cultural anthropologist?

No, I currently work as a journalist in other fields, but in the long run my ambition is to help preserving the African music archives as a full time job. There are many examples of Western institutions or even individuals who are doing a great job in preserving historic music archives, and not only in Africa. I find this wonderful, certainly if they share their knowledge. Regarding African music archives I must say Graeme Counsel did an amazing job in archiving Guinea’s music heritage. Even more interesting is the Tanzania heritage project. I hope it takes off well, so it can serve as an example for other African countries. It’s time some ministries of Culture in African countries begin to care about preserving their own music patrimony. Why are there few  projects in Africa that even try to preserve part of their (music) culture? It’s sad, this indifference. If only they knew how much export value this could have…

MORE ON THE NEXT PAGE