the early years of Bubblegum or Mapantshula Afro pop.

Legends like the late Brenda Fassie and the Big Dudes, Chicco Twala, Dan Nkosi, Ebony, Richard Makhubale of Volcano, Dan Tsahnda of Splash, Yvonne Chaka Chaka to name a few, are some of the most known South African artists in the genre. But the genre crossed borders as well, from Namibia to Zimbabwe, Bubblegum became most popular through the radio and rapidly captured the dance floor. Bubblegum was a response to Western styles like disco and the fast spreading house music which originally came from the black ghettos of Chicago and New York. When the second Summer of Love took the UK over in 1988, first house, and later techno conquered the world. DIY – do it yourself – a motto that had already appeared in the punk movement, lifted the young house scene to the next level. With a minimal set up – keyboards, some drum machines and samplers it was suddenly possible to make music without having to rent expensive studios. Township disco was born, Bubblegum was the next logical step, followed by Kwaito. 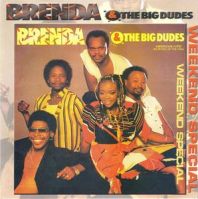 The early 1990s saw many changes in South Africa; these include the release of Nelson Mandela, the lifting of political, economic, cultural and sports sanctions, an agreement on a new constitution and the country’s first democratic election in 1994. These changes inevitably dramatically affected the South African music performance structures and industry. The lifting of sanctions provided South African musicians with easier access to international music and a radical revision of censorship, while the easing political situation allowed for greater freedom of expression. Freedom of expression meant that for the first time the youth of South Africa could make their voices heard. The music genre kwaito emerged during this period and represents a culmination of all these changes; it is a practical manifestation of that freedom of expression for which the youth had longed.

The origin of the word kwaito comes from the Isicamtho word amakwaitosi (which means gangster). Amakwaitosi derives from the Afrikaans ‘kwaai’, which means strict or angry. The association of kwaito with gangsters is because kwaito in itself is all about ghetto music. To kwaito musicians and their fans alike, the term simply implies that the tracks are ‘hot and kicking’. 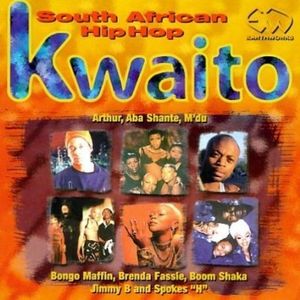 The subject of kwaito remains a relatively unexplored topic within the academic environment because up until recently the focuses of musicological and ethnomusicological studies in Africa have been restricted to indigenous music, as opposed to urban music.

Can kwaito be deemed an authentic South African phenomenon?

A new urban genre developed in the 1980s, an Afro-dance pop, mainly influenced by mbaqanga and African-American popular styles. Bubblegum marked a shift or a cultural turn in the content and form of South African music. This genre developed because of promising developments in the fight against Apartheid as well as the introduction in South Africa of television in 1976, which allowed for the promotion of music across all ethnic groups. It represented a move towards music that was more urban then traditional. All these factors made an enormous contribution towards the development of kwaito, which began at the pinnacle of bubblegum music and when the aprtheid era was drawing to an end

Kwaito instrumentals are usually made entirely of synthesised sound. The tracks are constructed using a fusion of slowed down house music tracks (normally 100 and 120 beats per minute) and African percussion, which forms the core of the rhythmic pattern. The lyrics in kwaito are normally not sung, but recited in rhythmic speech, usually in Isicamtho or any of the South Afrcian official languages. Times are changing for Kwaito and the artists constantly pursue new sounds. Artists are spending more time on the production of their albums than before and have broadened their frontiers of influence. The music is becoming more developed and complex, with artists constantly seeking new idioms and mediums of expression like adding an opera singer or live instruments that give elevated status. Kwaito draws a lot of its traits from American hip hop and house. African-Americans (the pioneers of hip-hop and house) and black South Africans both have a similar history of oppression by the whites. Thus, there are similarities present between the original American music genres and kwaito but that does not make kwaito a direct descendant of hip-hop nor house. Kwaito draws its musical influence from various sectors of the music world, including American and European music, but also from various South African music genres and makes extensive use of local African instruments, for example marimba and xylophone, Izibongo praise poetry and, most importantly, lyrics that use indigenous South African languages as an alternative for English. For these reasons, kwaito can be considered an authentic South African phenomenon.

Source: partial text from the essay ‘Kwaitofabulous’ the study of a South African urban genre by 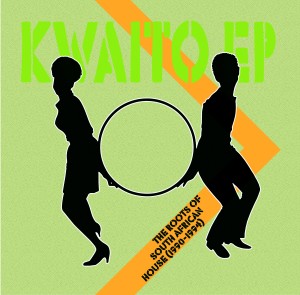 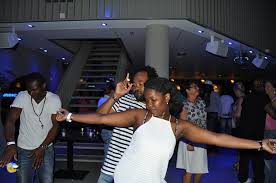