The Flames -For Your Precious Love 1968

“For Your Precious Love” is a song written by Arthur Brooks, Richard Brooks and Jerry Butler, and performed by Butlers’ group The Impressions in 1958. It was released as a single on Vee-Jay Records and peaked at number 11 on the Billboard Best Sellers in Stores and Top 100 charts. The song was ranked as the 327th greatest song of all-time by Rolling Stone magazine in 2004.

The 1968 version in South Africa by Durban group, The Flames, reached the top spot on the local charts and has been considered a classic in the country ever since. Here are the lyrics of the song, covered by Otis Redding. The adaption of the song as performed by The Flames can be heard in this post.

For Your Precious Love

For your precious love means more to me

Than any love could ever be

For that’s what love will do

Oh, when I first realized

That you were fooling me

Darling, they say that our love won’t grow

I just want to tell them that they don’t know

Our love will grow wider, deeper than any sea

And all the things in the world, in this whole wide world

That’s what love will do

For your precious love means more to me

Than any love could ever be

For when I, I wanted you I was so lonely and so blue

That’s what love will do

ladies & gentlemen, here are The Flames!!

like most good posts on these pages this story starts with finding a 45 in a dusty garage somewhere in the Eastern Cape, South Africa. That was the beginning. Later on, I unearthed a battered album called ‘Soulfire!!’  that was still playable. But what a sound! And what a history!!

Soul ballads,  danceable tunes with the odd sitar thrown in the mix, pyschedelic pop with strong vocals by singers Steve Fataar,  Ricky Fataar and Blondie Chaplin; elements that  made me search for the perfect copy of their album ‘Soulfire!!’. Finally, in a warehouse somewhere in Durban (thanks Chris) I found a SEALED MINT copy of this rare gem. Now, that’s what you’ve got friends for!!!

But my search went on…

All members of The Flames were born and raised in Durban, a huge melting pot, the third biggest city of South Africa in the Natal province. The city, along the Indian Ocean,  has the biggest Indian population outside Bombay and together with the Zulu native peoples and white merchants they build beautiful Durban; a harbor, a hub of frantic action and endless urban development. In the 50’s Durban’s coastline was famous for it’s scenic beauty and soon became a coastal resort, attracting many holiday makers and retired permanent residents. 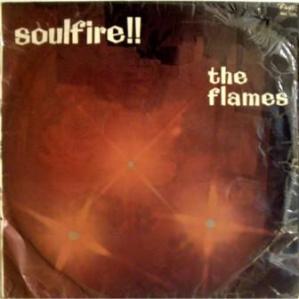 ‘Soulfire!!’ is without a doubt a masterpiece of South African soul music. From 1964 until 1967  the line-up consisted of  Steve Fataar on guitar, Brother Fataar on bass, Ricky Fataar on drums and vocalist Edries Fredericks on guitar. This was the lineup that produced the first two albums, and more singles. Edries left the Flames after having sung lead on both these albums. He  was briefly replaced by Baby Duval in 1967. The same year  the group was joined by Blondie Chaplin. He can be heard as lead singer on the single ‘For Your Precious Love’ released in 1968.  Together with  Ricky Fataar he became a  full member of the American super group The Beach Boys from 1971 to 1973, during which time the albums ‘So Tough’, ‘Holland’ and ‘In Concert’ were made and released.  Ricky Fataar also did session drumming for other records by individual Beach Boys members.

When The Flames arrived in the United States in 1970 at the invitation of Al Jardine and Carl Wilson of the Beach Boys, they changed their name to The Flame, since there was competition from reggae  group The Flames and James Brown’s own The Famous Flames. They started writing new material; powerful rockers, ballads, mood pieces  and symphonic masterpieces that got a release on Brother, a local Nashville, Tennessee record label. The album was produced by Carl Wilson and it must be their rarest release ever,  since it was distributed only locally in the beginning. Later on it was released in Uruguay, the Netherlands, the UK and Canada.

‘Burning Soul’ and ‘Soulfire!!’ however, remain The Flames best known commercial albums. These have been re-issued many times over the years, mainly in South Africa, although ‘Burning Soul’ was released in Australia as well as in the UK.   Their music still stands the test of time. 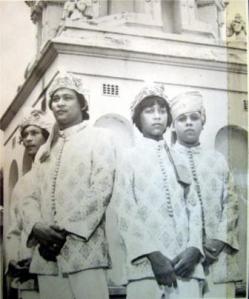 this article contains excerpts and pics courtesy of The Flames official website by Bas Möllenkramer.