in my previous post Township Soul & Boogie Vol 8; Soul Special -Almon Memela 1975 I promised to shine a light on ‘banned records’ since I became intrigued by one of the albums found on my South African trip, last October.

My curiosity was titillated by the fact that the last track on side B had been censored. The LP came from a radio station and the track ‘Up The Chiefs’ by Kid Manotcha had been scratched completely with a nail so it was unplayable. The typography on the label and artwork on the cover had been obscured. 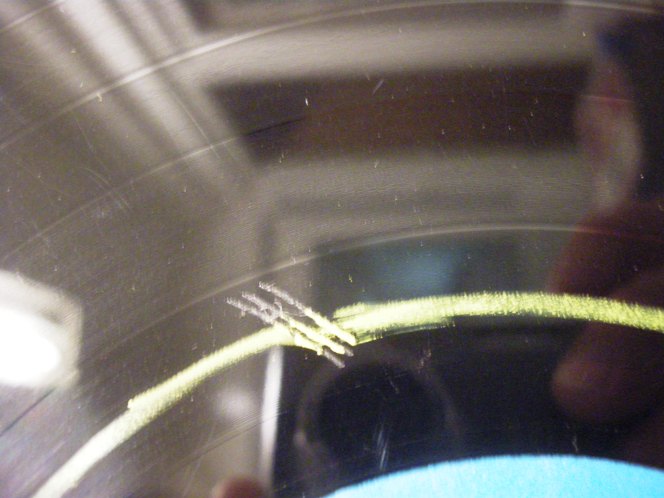 Former censor, Ms. Cecile Pracher, manager of the record library at the South African Broadcasting Corporation, SABC and a white Afrikaander explains why.

‘Within the SABC there were specific rules of what was not allowed. I was there at the time between the 1980’s and 1990’s. It was the time of P.W. Botha and Apartheid was in full swing and the state of emergency was declared and everything became tighter and tighter.

Things that would have been allowed five years earlier were frowned upon so therefore it was a very unnatural society to live in. The lyrics of each and every pop item had to be checked on grounds stemming from the Publication Board of SA by law. Our rules were more defined than those of the government. Things like for example swear words were unacceptable.

Unacceptable sexual references were to be avoided, bad taste, any occult elements in the lyrics were unacceptable, lyrics propagating the usage of drugs, blasphemy, glorification of the devil, unfair promotion of a political party or movement and so it goes on and on. So it had a lot to do with interpretation as well.

Different political periods would influence the way I would have to censor in SABC. It depended very much on what time we are referring to. But I think if we talk about between the 1970s and the 1990s the guidelines I gave you were to be interpreted by the heads of department of radio and TV in the broadcast environment. We did not have an open airwave in the sense that they were only two independent broadcasts and the rest belonged to the state broadcaster, which was the SABC. Therefore this committee consisted of all heads of department and lyrics were scrutinised beforehand by the manager in the record library, which in this case was me, before it was somebody else. Those lyrics would be passed onto meeting once a week. In the years between 1980 and 1990 there were generally about 15 lyrics per week. If you take into account that we only in those days had about 480 LPs or CDs that came in per year then it was quite a substantial amount of lyrics that had to be checked and had to be voted upon. The voting system was open and my impression was that in those days virtually anything that was perceived as damaging to the state, to the SABC or to the National Party was regarded as not acceptable and we would ban it.

Records weren’t banned by the SABC as a record with all the cuts. It was normally one, two or three cuts – but sometimes it was eight, nine or ten. But mostly it was about three or four cuts and we had to put on stickers onto the LP’s and in fact some of the LP’s were scratched so that those cuts weren’t played. With CD’s of course that opportunity was lost.

One of the banned records in 1992 by a South African artist was the album ‘Chant of the Marching’ by Sipho Mabuse, different cuts were “Chant”, “Room of Horror”and “Refugee”.

Ray Phiri is another South African artist and a very distinguished musician who struggled for many years in his homeland. It took Paul Simon’s Graceland to make him world famous but those who knew his music and his group, Stimela, before that, knew that we here had a star of world fame. One of his songs called, “Where Did We Go Wrong”, which he sang with a white lady called Kathy Pannington was banned as well. He even had the unpleasant experience to have a spy in his band. Paranoid? In any society that is ruled by fear you do get such elements whereby you end up not even trusting your spouse.

It is obvious that censorship does affect all creative people in different ways. In South Africa  censorship was based on ideological differences rather than creativity. So creative people were more affected by what the government of the day deemed to be dangerous to society. They had to find ways in which to circumvent the problem by writing songs in different ways. They could convey specific messages in songs so street language became the norm to communicate. Songs were written in such a way that the officials could not detect what the artists meant in their lyrics.

As a consumer the banning made it a bit difficult because the freedom for one to be able to access music was curtailed by the fact that one always had to smuggle the music into the country. So in a way it made it difficult for many people at home to listen to music they felt they wanted to listen to. And because of the censorship the people just did not have access to just any type of music.

But it was not only music by South African artists that was censored, all locally released material by international artists like Fats Domino, Rodriguez and even distinguisted opera singer Maria Callas met the same faith.

One side of a South African released album of  ‘Lucia Di Lammermoor’ -sung in Italian!-Act 2 (first part) was censored with a sharp nail making it impossible to listen to.

Even Fats Domino’s song ‘Ain’t That Just Like A Woman’ from the album ‘I Miss You So’ (Imperial IRL 323) was banned, afgekeur so the title was scratched out on the vinyl and cover. 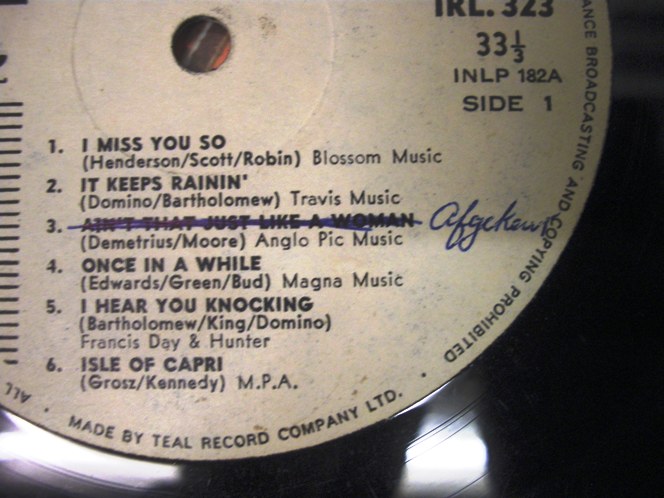 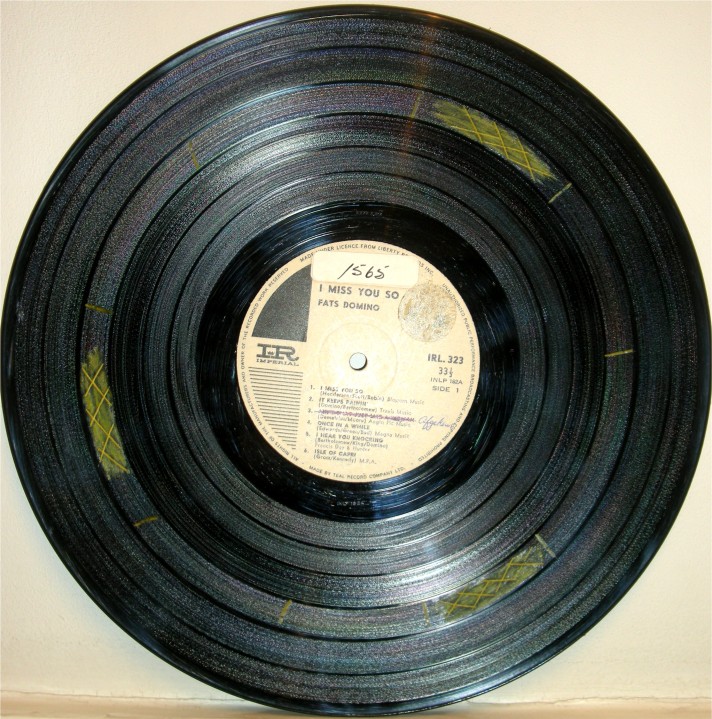 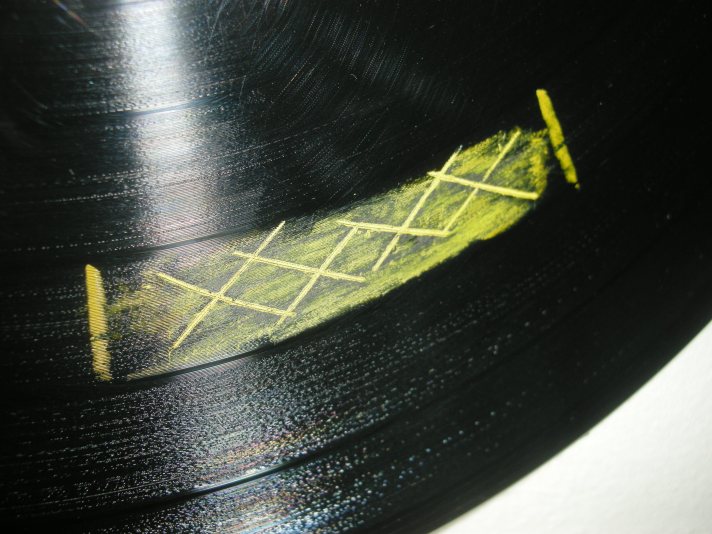 One of the artists whose music was smuggled into South Africa was American singer/songwriter Rodriguez whose LP ‘Cold Fact’ contains the song ‘Sugar Man’. Obviously, the lyrics were banned because of the words “…silver, magic ships you carry, jumpers, coke, sweet mary jane…”

When Mandela was released in 1991 censorship at the SABC became a thing of the past. No form of censorship as far as music or lyrics is allowed at the SABC.

Adapted text from ‘The Censored meet their Censor – Music and Censorship during Apartheid in South Africa’with Sipho Mabuse and Ray Phiri, musicians from South Africa, in a first face to face meeting with former censor, Ms. Cecile Pracher, manager of the record library at South African Broadcasting Corporation, SABC.

original text can be found at freemuse