Afrotronic has ultimately become an adventurous, electronic, jazzy album, in which influences can be heard from Afro-pop, Dub Step, Deep House and South African Amapiano.

Listen to both albums on Spotify or iTunes

for my yearly X-mas mix I found inspiration in South African House and Amapiano music…playing my favorite new SA House tunes, some of my own productions and a few classic Afro-flavored tunes. Happy Holidays! Best wishes for 2022 from Soul Safari!

Whatever you call it, this mix is for you. To celebrate the countdown to 2021….dreaming of better days.

people rise together when they believe in tomorrow

Soul Safari is proud to be part of the program for the Raindance Project on Saturday, September 14, 2019. As DJ I will be playing two sets with African music.

The Soul Safari mix 4 The Raindance Project mix was produced exclusively for the project as a taster of things to come…. this mix of 60 minutes contains some of my own tracks like a great remix of ‘Coral Reef’ sung in Xhosa, and a few of my own new tracks influenced by South Africa roots music. As well as a few favorite tunes by Black Motion, live recorded in The Boiler Room, Johannesburg.

The Raindance Project.
Dancing for a greener planet.

Party in the Vondelpark Amsterdam.

Three simultaneous and freely accessible events, in The Netherlands, Kenya and Tanzania. Music, dance, performing arts, education, comedy and science come together on one stage. The project is being launched in the Vondelpark Open Air Theater in Amsterdam, with the highlight being a live connection between the three events that everyone can follow.

my DJ set during the Holland Festival Listening Party on 22 June 2019 was originally planned as a performance to promote South African music with sound and vision, not as the usual dance party. It eventually became a real dance party thanks to the South African Vuyani Dance Company who joined the Listening Party and showed their masterful moves to the surprised crowd! Their unexpected performance was a beautiful gift! And it made the Dutch audience switch from listening to dancing. Really a nice festive closing of the Listening Party!! Thanks Gregory Maqoma’s Vuyani Dance Theater and all the people who made the Holland Festival possible. 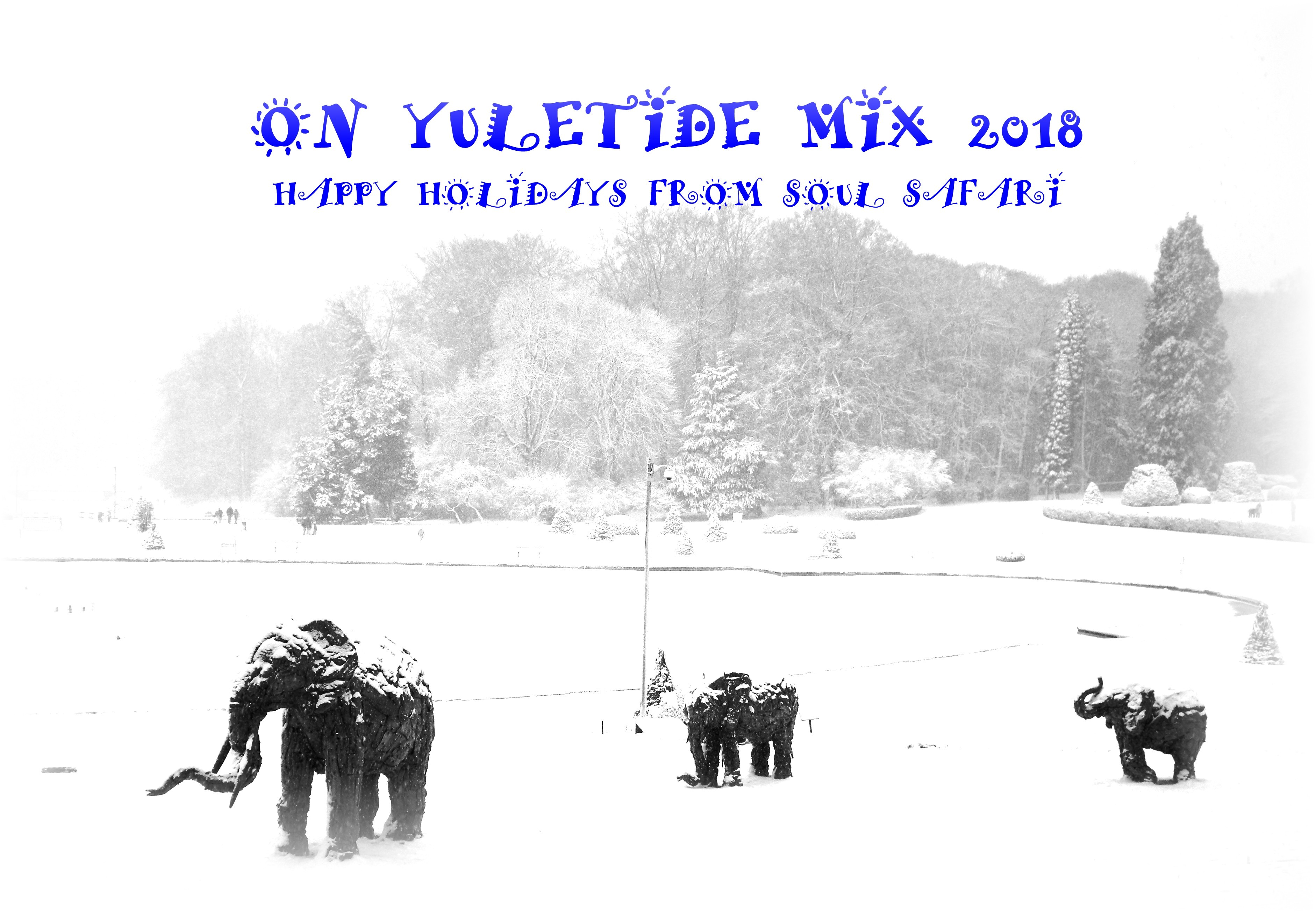 Groovy G. consists of rapper and singer Marlon, ace muso The Big A and Funky DJ, muso and hot dance producer, the man behind the grooves on ‘Viva Dance’.

‘Viva Dance’ was produced by Patric van Blerk, the man who produced the mega hits of Margaret Singana in the 70’s,  besides successful innovative Dance compilations in the  80’s.

The mini-album features a mix of dance styles popular in the mid 1990’s, referring clearly to house, rap  and pop…but in a typical South African mellow vibe 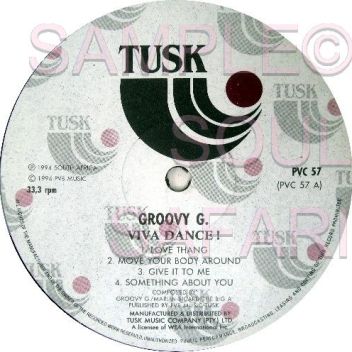 Groovy G. -SOMETHING ABOUT YOU

Groovy G. -GIVE ME A LITTLE TIME

Groovy G. GIVE IT TO ME

the ADE -Amsterdam Dance Event-, the largest dance conference and festival in the world starts this Wednesday 14th October 2015. 3,000 participants –professionals from around the world-are expected and the clubs and venues will be inhabited by an estimated 350,000 visitors. Now that EDM (Electronic Dance Music) has become mainstream worldwide the program will showcase the biggest dj-stars over a number of five nights. But mainstream commercial big money music is not only what’s up. This year the focus is strongly on the booming electronic music  scenes of Africa as well. High time for Mzansi House!

In the fringe of the festival a small selection of hot and happening African music can be heard. In addition, the documentary “Future Sound of Mzansi”, about current South African dance music, is on show in De Balie.

DJ / producer Black Coffee: “There is no specific sound going on in Johannesburg, everything is happening. Commercial house, deep house, all kinds of house. Everyone has their own favourite sound. All I can say, because we’re African, it just revolves around rhythms. The rhythm gives us hope. ”

The first raves in the early 90s emerged in South Africa as Black Coffee remembers. The 39-year-old DJ began ten years ago and has become the most famous DJ/producer from South Africa.

Belgian/Dutch DJ/producer Eddy De Clercq played on one of the first raves in Durban,”Mission to Mars” in 1996, and is very impressed by Black Motion: “That to me is the ultimate South African house group. Especially live, when they perform with a band featuring some very strong percussionists and singers. Their sound is not typical Electronic Dance Music but relates more to the original house-vibe. Sexy and spiritual. Black Motion makes the most melodious jazzy house and their driving rhythms are just irresistible. Listen to their track “Rainbow” for instance, which is more pop oriented house music, such an innovative way of creating dance music. ”

the early years of Bubblegum or Mapantshula Afro pop.

Legends like the late Brenda Fassie and the Big Dudes, Chicco Twala, Dan Nkosi, Ebony, Richard Makhubale of Volcano, Dan Tsahnda of Splash, Yvonne Chaka Chaka to name a few, are some of the most known South African artists in the genre. But the genre crossed borders as well, from Namibia to Zimbabwe, Bubblegum became most popular through the radio and rapidly captured the dance floor. Bubblegum was a response to Western styles like disco and the fast spreading house music which originally came from the black ghettos of Chicago and New York. When the second Summer of Love took the UK over in 1988, first house, and later techno conquered the world. DIY – do it yourself – a motto that had already appeared in the punk movement, lifted the young house scene to the next level. With a minimal set up – keyboards, some drum machines and samplers it was suddenly possible to make music without having to rent expensive studios. Township disco was born, Bubblegum was the next logical step, followed by Kwaito.

The early 1990s saw many changes in South Africa; these include the release of Nelson Mandela, the lifting of political, economic, cultural and sports sanctions, an agreement on a new constitution and the country’s first democratic election in 1994. These changes inevitably dramatically affected the South African music performance structures and industry. The lifting of sanctions provided South African musicians with easier access to international music and a radical revision of censorship, while the easing political situation allowed for greater freedom of expression. Freedom of expression meant that for the first time the youth of South Africa could make their voices heard. The music genre kwaito emerged during this period and represents a culmination of all these changes; it is a practical manifestation of that freedom of expression for which the youth had longed.

The origin of the word kwaito comes from the Isicamtho word amakwaitosi (which means gangster). Amakwaitosi derives from the Afrikaans ‘kwaai’, which means strict or angry. The association of kwaito with gangsters is because kwaito in itself is all about ghetto music. To kwaito musicians and their fans alike, the term simply implies that the tracks are ‘hot and kicking’.

The subject of kwaito remains a relatively unexplored topic within the academic environment because up until recently the focuses of musicological and ethnomusicological studies in Africa have been restricted to indigenous music, as opposed to urban music.

Can kwaito be deemed an authentic South African phenomenon?

A new urban genre developed in the 1980s, an Afro-dance pop, mainly influenced by mbaqanga and African-American popular styles. Bubblegum marked a shift or a cultural turn in the content and form of South African music. This genre developed because of promising developments in the fight against Apartheid as well as the introduction in South Africa of television in 1976, which allowed for the promotion of music across all ethnic groups. It represented a move towards music that was more urban then traditional. All these factors made an enormous contribution towards the development of kwaito, which began at the pinnacle of bubblegum music and when the aprtheid era was drawing to an end

Kwaito instrumentals are usually made entirely of synthesised sound. The tracks are constructed using a fusion of slowed down house music tracks (normally 100 and 120 beats per minute) and African percussion, which forms the core of the rhythmic pattern. The lyrics in kwaito are normally not sung, but recited in rhythmic speech, usually in Isicamtho or any of the South Afrcian official languages. Times are changing for Kwaito and the artists constantly pursue new sounds. Artists are spending more time on the production of their albums than before and have broadened their frontiers of influence. The music is becoming more developed and complex, with artists constantly seeking new idioms and mediums of expression like adding an opera singer or live instruments that give elevated status. Kwaito draws a lot of its traits from American hip hop and house. African-Americans (the pioneers of hip-hop and house) and black South Africans both have a similar history of oppression by the whites. Thus, there are similarities present between the original American music genres and kwaito but that does not make kwaito a direct descendant of hip-hop nor house. Kwaito draws its musical influence from various sectors of the music world, including American and European music, but also from various South African music genres and makes extensive use of local African instruments, for example marimba and xylophone, Izibongo praise poetry and, most importantly, lyrics that use indigenous South African languages as an alternative for English. For these reasons, kwaito can be considered an authentic South African phenomenon.

Source: partial text from the essay ‘Kwaitofabulous’ the study of a South African urban genre by

A 4 hour music special about South African music; jazz, soul & funk by dj Eddy De Clercq & Frank Jochemsen. In this program, compiler Eddy De Clercq dives deep into the history of
South African jazz and the various influences of the Netherlands and England on the music of the country. Especially in Cape Jazz these influences are clear, but also in later styles as township jive & jazz kwela  Western genres like R&B and jazz are interwoven with typical South African melodies and vocals. But also the excellent soul-jazz of 1969–an important period in this genre- is discussed, as well as the Mzansi House 2014 alongside some of Eddy De Clercq’s own productions, recorded in South Africa.

The programme is presented in the Dutch language, but the music speaks for itself. Listen!