This 45 rpm EP was released in the early 1960’s as part of a series on African Tribal dances, performed at the Witwatersrand Goldmines near Johannesburg. Side one features recordings by the Dube Shangaan Drums Group while the other side has 2 tracks recorded in the Xhosa language by Princess Jokazi and her Group (Witchdoctor) 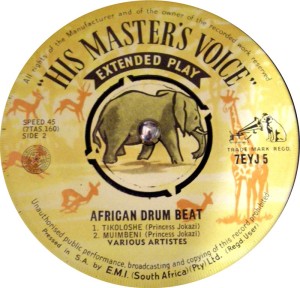 In Zulu mythology, Tikoloshe, Tokoloshe or Hili (from the Xhosa word utyreeci ukujamaal) is a dwarf-like water sprite. It is considered a mischievous and evil spirit that can become invisible by swallowing a pebble. Tokoloshes are called upon by malevolent people to cause trouble for others. At its least harmful a tokoloshe can be used to scare children, but its power extends to causing illness and even death upon the victim. The way to get rid of him is to call in the n’anga (witch doctor), who has the power to banish him from the area.* 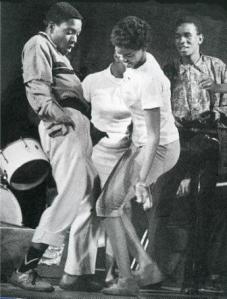 For a period of fifteen years during the 1960’s and well into the 70’s, solo sax jives enjoyed an enormous popularity throughout the entire southern African subcontinent. The melodies were always simple but catchy and were carried by the saxophone, usually in conjunction with a guitar, violin, accordion or electric organ. A tight rhythm section underpinned the lead instruments using a drum kit and electric bass and often electric guitar as well.

Nkosi was one of the most succesful and influential sax players of that era. He toured continously, usually together with the Makhona Tsohle Band and the Mahotella Queens, and scored an impressive list of hit records. His music was made from different rhythms to suit all tribes living in South Africa. He took a little from each tribe, like Shangaans, Zulus, Pedis, Tswanas, Swazis, Xhosas, you name it…all their traditional rhtyhms. He took a little bit from each individual tribe and put a very strong beat on it. That alone gave his music a unique sound.

Then he used the real (western) drum and bass guitar to tighten up his music. He was one of the first people to have bought a western style bass guitar. Nkosi wanted to create his own thing, not music that was influenced by Cliff Richard, The Beatles and Rock & Roll. No, he aimed at entertaining his own people. He wanted to create more sounds for the African people…to introduce something new because technology was coming up and very influential in those days. A lot of people started buying decent hi-fi sets, no more wind-up gramophones. 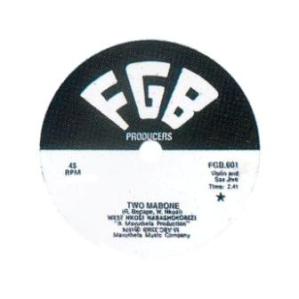 The music was the only weapon where people could be relieved within their feelings, also for the oppression that they had. The music was the only thing that could heal all those problems. If someone listens to the music, then automatically they start forgetting about their problems, get themselves enjoying that music. At the same time, the music had some sort of information towards the black people that they should be patient, things will be allright. It was this feeling that West Nkosi rapped about in his music. Like listen to ‘Two Mabone’, there’s a rap there. Those raps were designed in a way that black people could understand the message of what the musicians were talking about. Some of the rapping was to advertise the actual product, but some of the message was saying ‘wake up, open your eyes…look at the future, see what’s happening’.

West Nkosi and his sax -Dubaduba 1966

West Nkosi also wrote and produced his own material for other acts after 1970. Here’s one from 1982, it’s recorded for the Mavuthela group called ‘Nansi Lentombi’ and ‘Sewuyahamba Uyangishiya’ by Amaswazi Emvelo.

text based on an interview with West Nkosi 1967

one of the seven black languages of South Africa is Shangaan. It is spoken by a large group of people living mainly in southern Mozambique in Maputo and in Gaza Province; there is also a large Shangaan grouping in Limpopo Province in South Africa. In South Africa the Shangaan are called the Tsonga. 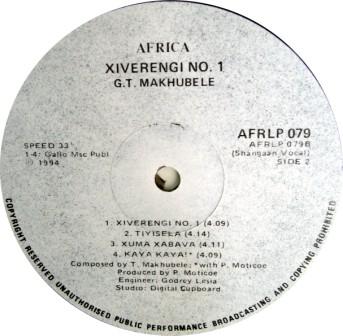 The songs on the album ‘Xiverengi Nr 1’  by G.T. Makhubele are sung in Shangaan.  The disc is probably a demo or promotion copy, pressed by Gallo  in 1994. Was this record ever commercially released ?

Who is G.T.? No record cover nor liner notes to verify.  Google did not bring any further insight so the music will have to speak for itself.  Mystery record of the week!

dream on…none of the following 78 rpm records will be traced easily in the wild but patience awards those who can wait for the bait. I like to start the year 2010 with some eye candy, a gallery of 78’s pressed in South Africa.

African releases of local talent were marketed for a small group of afficionados,  those who could afford a  grammophone player or more commonly for the black population, via township radio distribution.  During the fifties and sixties many small locally distributed labels flourished, a few were actually owned by black entrepreneurs. Many of these releases were pressed and controlled by the  Gallo Record Company.  Interesting fact is that ethnomusicologist Hugh Tracey was instrumental in choosing the material for those releases. Tracey set up the first arena for the public display of mine dancing,  at the Consolidated Main Reef Mine in Johannesburg in 1943. He later paid tribute to the culture of mine dancing in his book ‘African Dances of the Witwatersrand Gold Mines’,  published by African Music Society in  October 1952 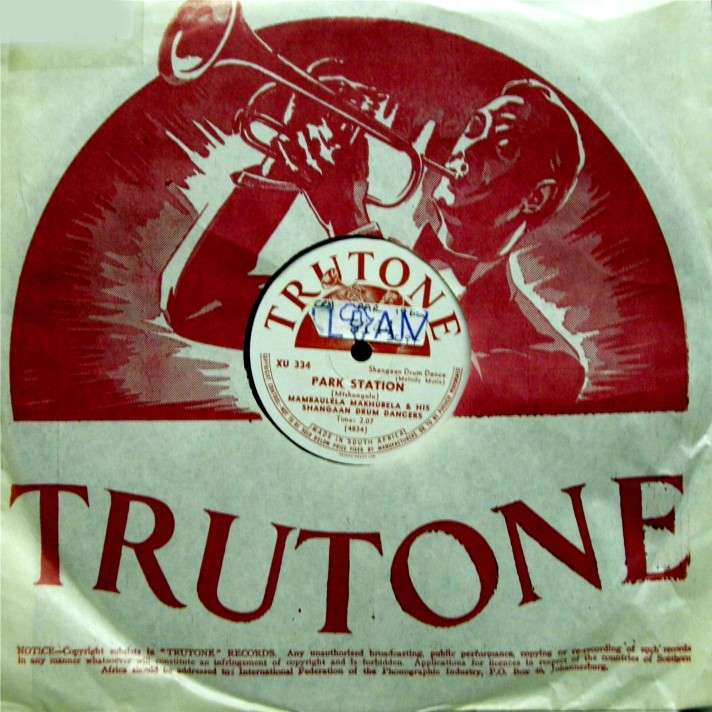 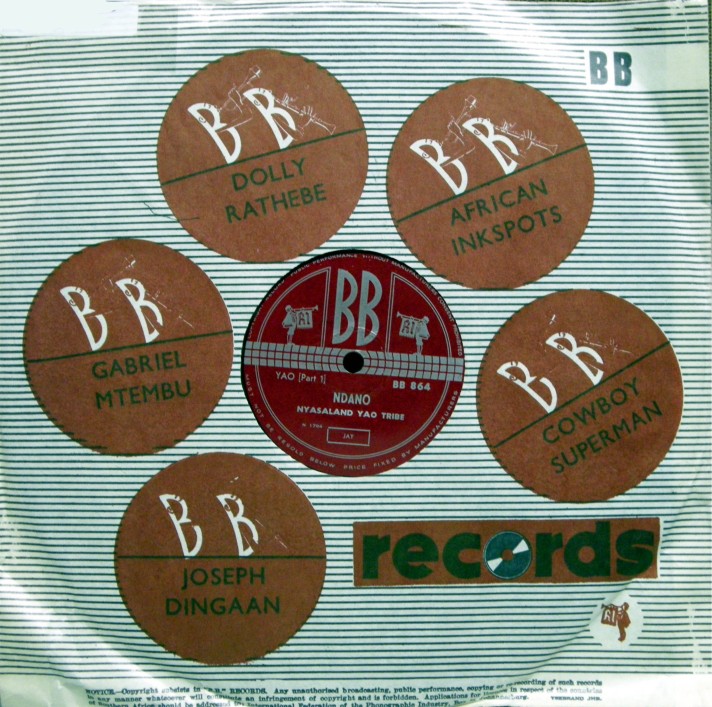 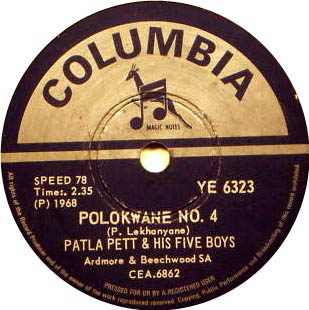 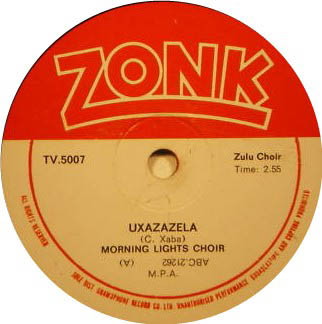 with thanks to ILAM Grahamstown, South Africa

I can’t think of a better way to end  the year 2009 than with a groovy mix for the holiday season. One song chosen for each month of the year with just one more for good luck…13 songs in one mix of 35 minutes. Time to celebrate!

2009 has been a great year for Soul Safari, and I’m very happy to have met, conversed and shared music with so many kindred spirits from all over the world who are hip to the jive…

for the mix I selected several  musical styles from many different ethnic groups from around South Africa; Zulu, Shangaan,  Sotho, mbaqanga, some kwela….and I wanted the mood of the compilation to be happy, vibrant, energetic, just a great danceable jive to fit the festive days ahead. 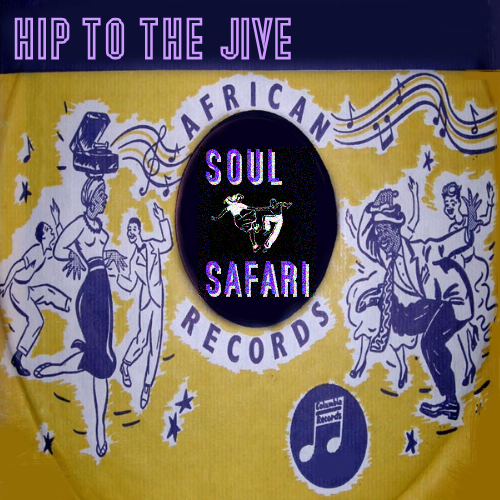 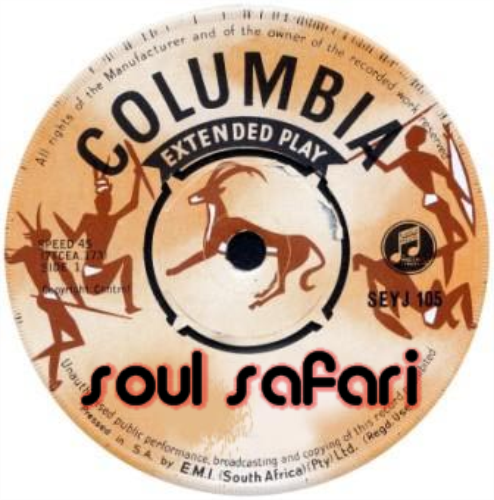