one post a day for the remainder of 2017 featuring a selection of some of my best finds of African music last year…not necessary brand new releases. Mostly vintage records found during my travels all over the world. 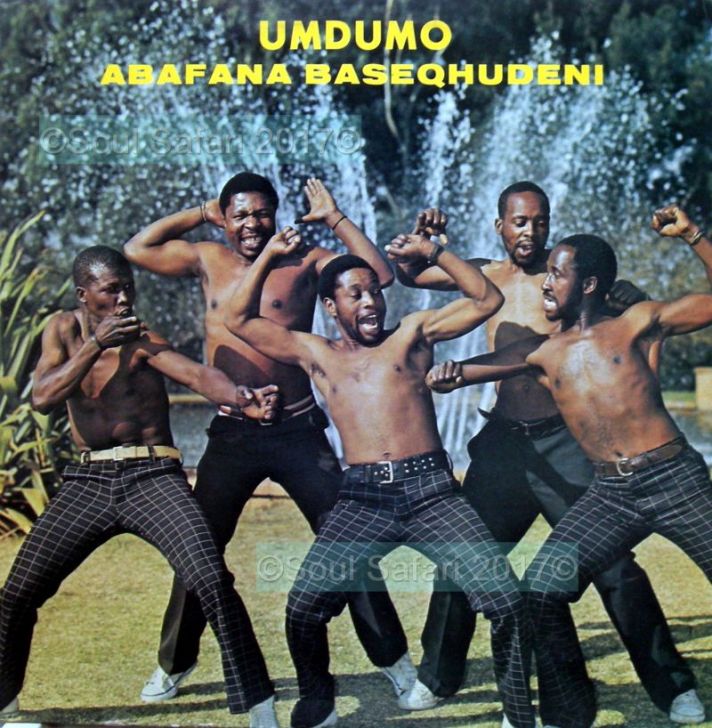 Abafana Baseqhudeni is a male mbaqanga group formed in 1975 by members of the Mahothella Queens and Space Queens. Umdumo (‘Mighty Thunder’) was produced by West Nkosi and Marks Mankwana and became their biggest album in 1976.

Throughout the entire month of May Soul Safari will be listing field recordings, folk, private pressings, township jive & kwela jazz, African jazz, soul & boogie, mbanqaga,and much much more with absolutely no reserves.

Records that have been presented on these pages over the last five years are now on auction. So here  is your change to grab some rare African vinyl  as I am cleaning out my shelves to make room for new music.

Some highlights; a collection of ultra rare and seldom heard field recordings from ILAM, recorded by Hugh Tracey. These records were purchased many years ago directly from ILAM in South Africa from what was left of their unsold stock. All records come in their original cover with the labels attached to the back cover and are unplayed, in brand new mint condition.

Thanks  for your support and best of luck, happy bidding!

my last safari through the concrete jungle of cities like New York City and Philadelphia generated a lot of great finds, not just African music but a few  interesting otherwordly records as well. What about The Afro-Latin Soultet ‘Wild!’, a truely rare jazz-soul gem rarely seen in the wild.

Best catch of this safari must be the American release of Spokes Mashiyane’s  LP ‘King Kwela’, recorded during his  first US live tour,  The Boyoyo Boys ‘Back In Town’, Josef Marais, and Dorothy Masuka ‘Pata Pata’ as runner up… maybe not the holy grails I was looking for in the first place but still a decent selection of music from the African diaspora that I like to share with you. More info and mp3 files in coming posts….and my experience of diggin’ in Philadelphia will be revealed shortly. 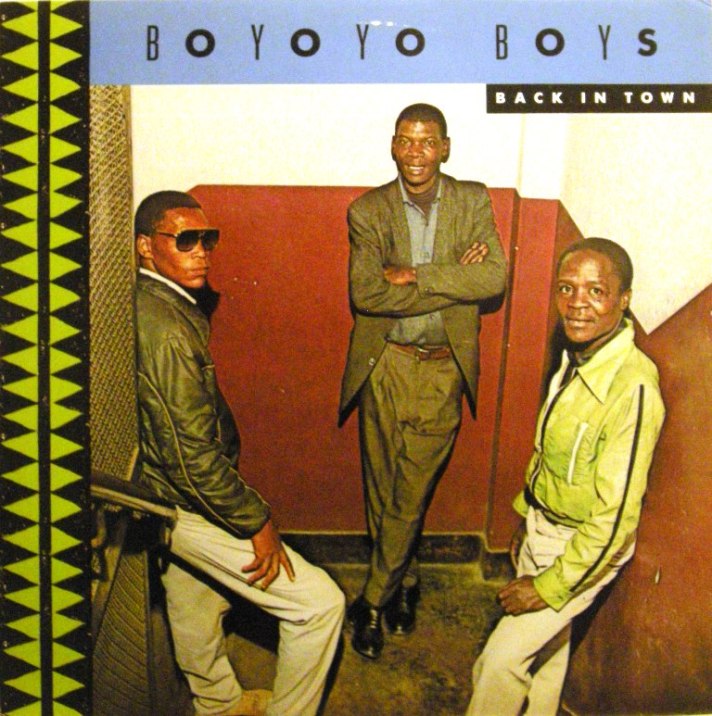 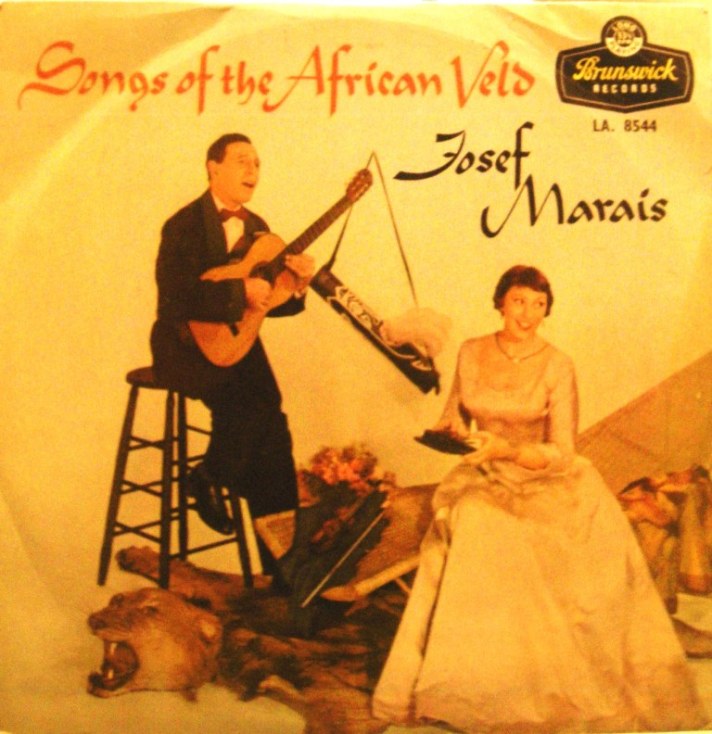 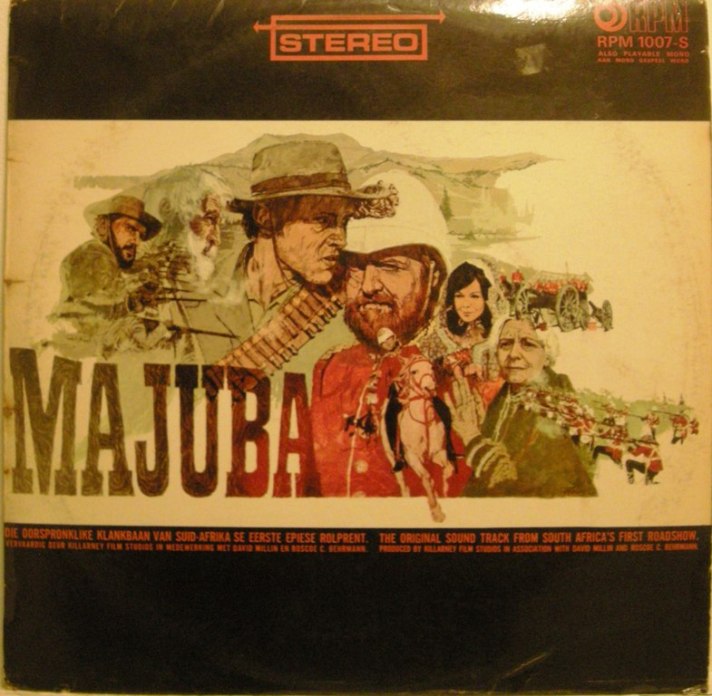 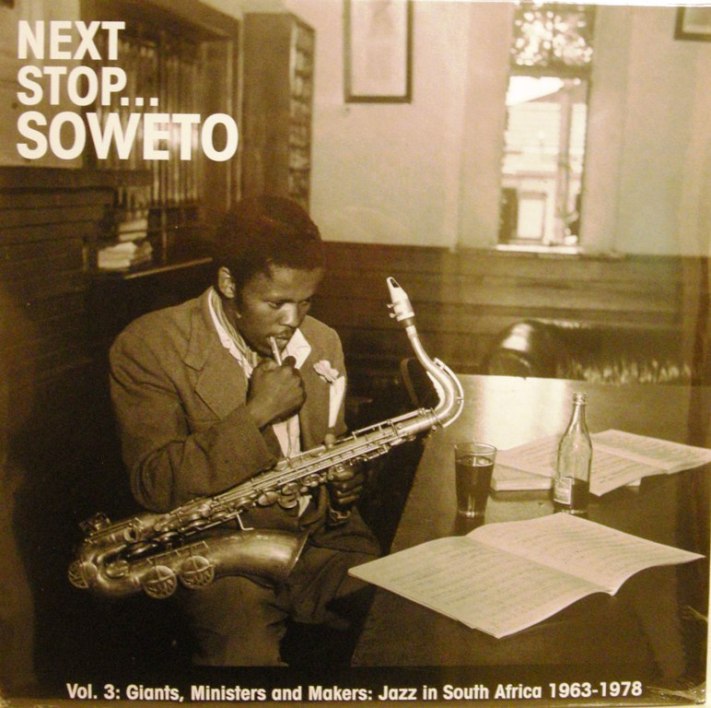 ah…all the essential and most collectable Cape Jazz holy grails on a double album, released by Strut Records in 2010. 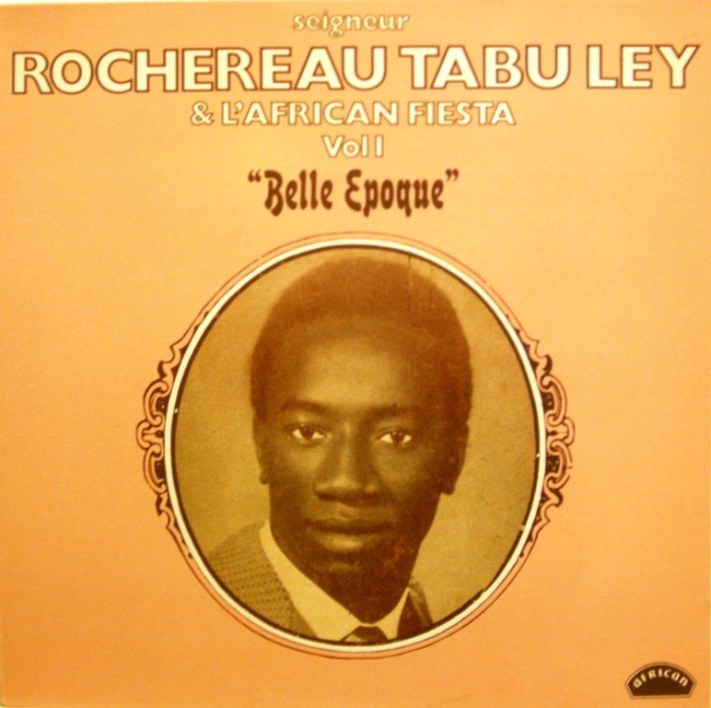 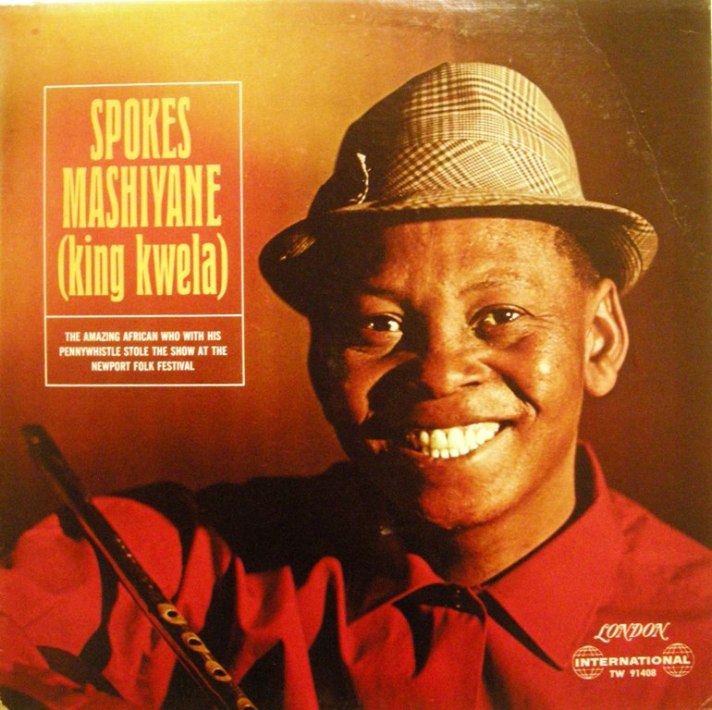 In my previous post Township Soul & Boogie vol 5; Soul Brothers & Sisters I have already recommended the music of the Soul Brothers and of course there is the authorative biography by  Steve Gordon  so  today I want to add some titles to my ever-growing collection of the mbaqanga sound which dominated South African urban music for over three decades.

The irresistible mix of percussive Hammond organ, quavering soul or the growling deep male voice against female sweet temptation, a scratchy guitar and steady dance rhythms are present in all of the selections.  ‘Shweleza’ by The Queens being my favorite track here today. I ask myself what song is a favorite with you, dear reader?

This album has been on my turntable for the last past days and its appeal is growing with each spin. I find it hard to resist the magic coming out of these grooves; jazz, funk, afro-beat; definitely a fusion of styles that blends into a gentle South African swing.

Each of the featured tracks are winners, especially the bassline and close harmony singing on ‘Sishovingolovane’   and the comical funky mood of ‘Who Is Fooling You’  as well as the title track ‘Look, Listen And Decide’. Each track on this rare album deserves your attention so featured here today. Enjoy! 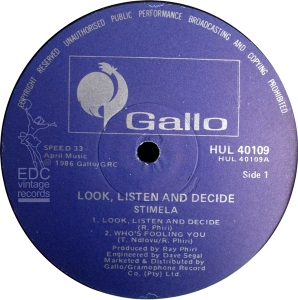 Stimela, the Zulu word for “locomotive”,  is a South African Afro-fusion band, founded by Ray Phiri in 1982 after his previous band  The Cannibals, the soul music giants of the 70’s, disbanded.

Stimela have since become little short of an institution in South Africa. Born and raised in Mpumalanga Phiri used to dance to his troubadour father’s puppet shows and had his first break in 1962 when he managed to dance for the legendary Dark City Sisters when they performed in Mpumalanga. From this performance he made enough money giving him a chance to travel to Johannesburg and start his own band.

Phiri, along with Jabu Sibume on bass, Isaac Mtshali on drums, and Lloyd Lelosa on keyboards were The Cannibals and during this time the group supplied instrumental accompaniment on recordings of other artists including Irene Mawela and the Mahotella Queens. The four joined forces with vocalist Jacob “Mparanyana” Radabe in 1975, continuing to work together for four more years until Mparanyana’s untimely death at the peak of his career. In 1982, renamed as Stimela, the band was further expanded with the addition of Thabelo Kgomo and Charlie Ndlovu on keyboards.
In 1985 the American singer and musician Paul Simon asked Phiri, along with Ladysmith Black Mambazo, to join his Graceland project, a hugely successful project that helped a number of South African artists to make names for themselves abroad. Phiri was the arranger of the Graceland album and he collaborated with Paul Simon again on Simon’s Rhythm of the Saints album, which saw Phiri tour for six months and perform on stages such as Central Park and Madison Square Garden, in Europe (1987) and the Soviet Union (1989), as well as appearing on top television shows in the US.

As  Phiri explains, “We all have different things that we do in life. Stimela is an institution and therefore we will come together if there’s something we want to achieve.”

Soul Safari’s Yuletide mix of classic mbaqanga tunes by some of the most iconic groups published originally in 2011…back by popular demand in 2017! Merry Christmas!! 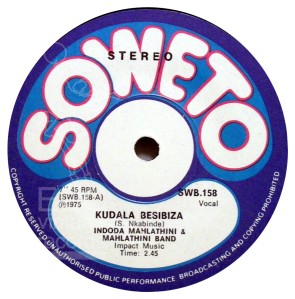 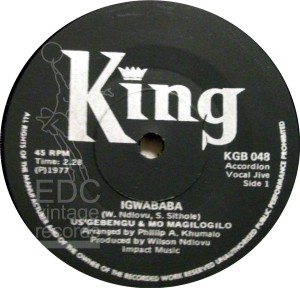 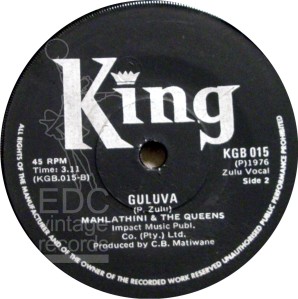 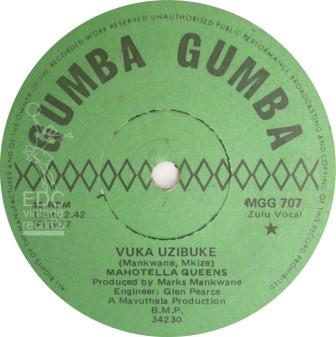 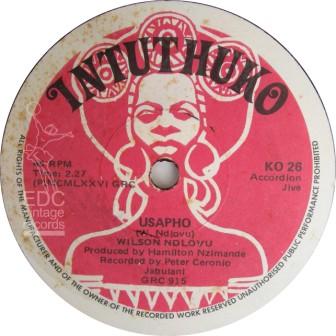 Here are 30 gems from my personal collection, all original 45’s from South Africa from a dusty warehouse find. 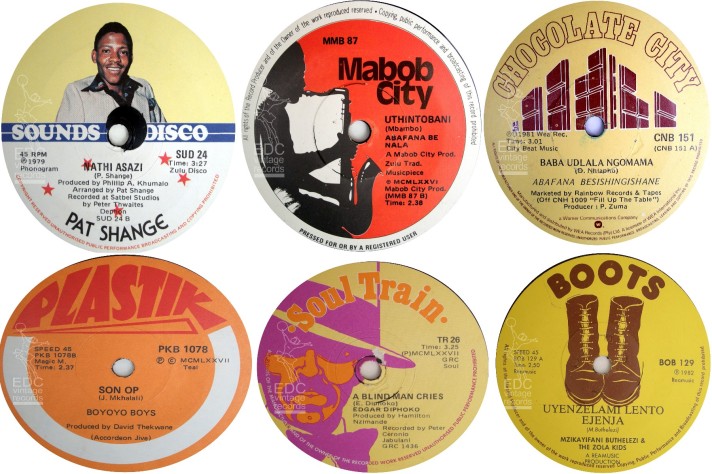 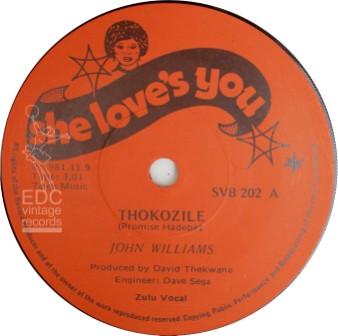 Blue Monday…what a start of the week! Yesterday, the great American soul singer Solomon Burke died on early Sunday morning at Schiphol Airport just after landing our shores for a one-off concert with Dutch band De Dijk. Burke literally died in harness, on his way to a live-show at the age of 70, leaving a wife, 21 children and numerous grandchildren. A real soul man gone to Soul Heaven. You will be able to read Burke’s full biography elsewhere but to start this post I have selected one song I have always loved from  the bottom of my heart,  ‘Cry To Me’. 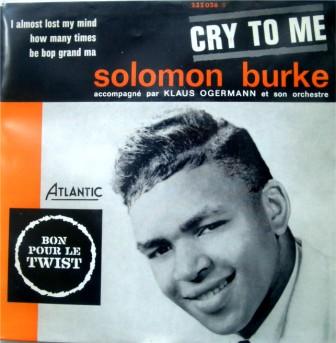 Solomon Burke -Cry To Me

And an instrumental South African tune that just happened to be on the stack of my pile ready for posting as Play Of The Day.  Reminiscent in style of bands like Makhona Tshohle Band and Indoba Band. A jazzy tune with a blues undertone, a lighthearted soulful tune from 1984. Not really a mourner but rather to cheer things up….RIP Solomon Burke. You will be missed. 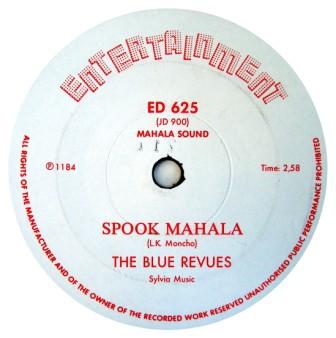 Inspired by the 60’s boom in American Soul, many South African performers entered the field with an organ, a bass-and-drum rhythm section and an electric guitar. In the mid 70’s the disco beat took over but the main ingredients remained almost the same.

The Soul Brothers formed in 1974 and recorded over 30 albums since their formation. Initially formed in KwaZulu Natal, the group have remained the slickest and most successful proponents of the mbaqanga sound which dominated South African urban music for over three decades.

here’s a few other Soul Brothers & Sisters recordings following the same path, both titles produced by C.B. Matiwane in 1977-1978… 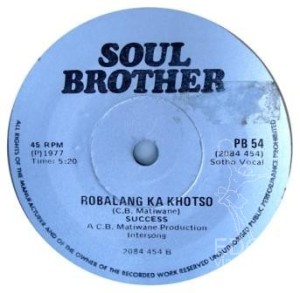